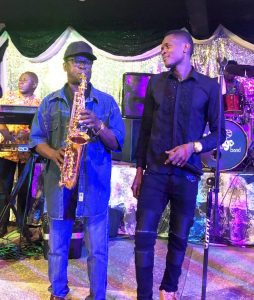 Uganda’s most celebrated and legendary band – Afrigo band, led by Moses Matovu, has today released a brand new album  after over 20 years. The band has lasted for over 40 years in existence and besides spending many years minus releasing any new song and album, it has been the most prominent in the country. The album is however not yet available on most of the platforms but already available on Tidal.

The ‘Teri Mubi’ album is a compilation of 11 tracks involving songs that you have never heard of and some which are not really new to your ears though remastered. Today, the Afrigo members at the MTN offices, at Nyonyi Gardens, announced the release of their new album and stated the dates for its launch, being 11th/October/2019 at Hotel Africana Kampala.

Vincent Othieno, a Nairobi based producer, who Afrigo’s spearhead Moses Matovu claims to have worked with for a long time is the one behind this brand new album too. The album only features one musician who doesn’t belong to the mighty Afrigo band and he is not other than the legendary Jose Chameleone who publicly says that the Afrigo was his inspiration. Congratulations Jose Chameleone for such a milestone of working with the people who inspired you to join the music industry!! 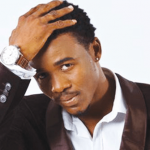