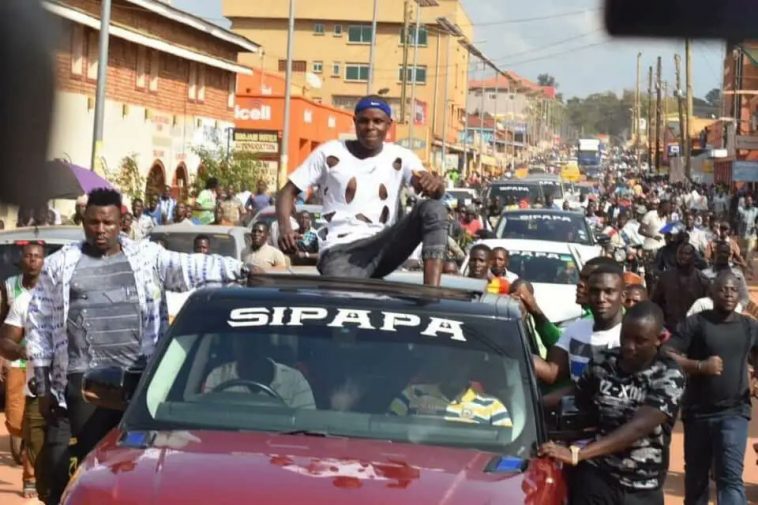 The police have turned the city and the entire country upside down in a man hunt of a city socialite. Olim Charles commonly known as Sipapa is being searched for by the Uganda police over an alleged involvement in a robbery in which over 1.6 billion was stolen.

Facts gathered from the CID indicate that “on the night of 28th – 29th august 2022, a group of thugs broke into the home of a South Sudanese national after applying suspected chloroform on the occupants who were asleep. The thugs ransacked the home and robbed cash worth USD429000, 4 iPhone, 2 apple laptops, a dell laptop, gold jewelry for his wife, A 65’ inch Samsung flat screen TV.” Said Fred Enanga the police spokesperson.

During a subsequent investigation, detectives from KMP, tracked down an iCloud signal from one of the stolen iPhones, that led them to the location in Kityo close, Buwate in Kira division. they interviewed the occupants who told them that the home belonged to a one Charles Olim aka Sipapa. who was currently not at home and that he had travelled to Tororo. A thorough search was conducted in the home in the presence of his wife by the names of Nakiyimba Shamirah and exhibits of evidential materials, allegedly stolen from Arok Jacob were recovered. These included; USD 70,000, 4 iPhone, 3 laptops, gold jewelry, an iPhone charger, a mac pro charger.

Also recovered were two registration number plates UBG025B  and UBA 023U, in addition , an assortment of car accessories were recovered which include; 2 amplifiers, 6 tool boxes, 4 sports vims , a rear car seat, 12 head lights, indicators, jeep bampers,bamper, V8 rear boot doors , bonnet, 3 radiators, 4 inner door shutters, 7 grills , two cars a jeep and an Audi , without registration plates, had been resprayed with a red color and found in the compound.

So far 4 suspects are un custody including the wife. A serious manhunt for Sipapa who is urgently needed for questioning, is in place. His last locations were in Nagongera, Soni, and Nawire sub counties, where he was distributing money in the company of bouncers.

We are therefore appealing for information that can lead to the whereabouts or arrest of SIPAPA over the alleged aggravated robbery. He is aware of the police efforts and he is evasive. We also want to warn the bouncers in his company, whom we shall find with him, that we shall arrest them for abetting crime and harboring a wanted criminal suspect.  Although the impact of the robbery can long lasting and devastating, we would like to assure the victims that our dedicated team of investigators Are doing everything within their means to    have the prime suspect and his accomplices arrested brought to justice. 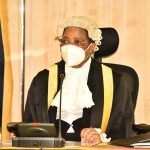