Singer Eddy Kenzo has decided to hit studio and record a song which he dedicates to his deceased mother. We all know what is happening in the Big Talent boss’s life and it is what has inspired him to do this song reportedly dubbed ‘Congs  Mama’.

The Mariaroza hit maker says that he was thinking of recording a sad song to his mother amidst the current situation but after thinking of it thoroughly well, he changed his mind.

What forced him to change his mind, as he claimed, is that he would cry immediately after listening to that sad song to his mother for he is so emotional. Thus he concluded by doing a song that congratulate her for producing a very brave son which he says has (braveness) made him achieve a lot. 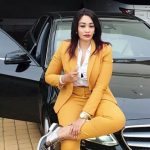