When it comes to music, Uganda is truly gifted with outstanding talents. No matter the number of artists doing well at any time in the music industry, there are always those fresh talents looking for a break through to the top podium.

Born Najuna Daniel (Najuna Daniel), he is really a promising musician with music cutting across a number of genres including zouk, afrobeat, reggae, and other genres.

He debuted into the music industry as a producer in 2014 and later in 2018 decided to try out music thus making his first single titled ‘Nkooye okulinda’.

His other singles include Burning, Lay it on me, Lwaki, So higher and a perfect cover to Weasel Manizo’s ‘God Grace’ song. The soft voiced singer is also an instrumentalist and as well as a vocalist.

His hobbies include playing video games, and exploring his talent in the studio and hanging around with his friends. His Favorite dish is posho and beans.

Check out some of Naj Baibe’s Songs Here 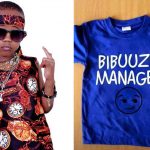 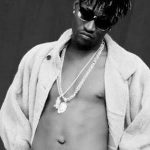